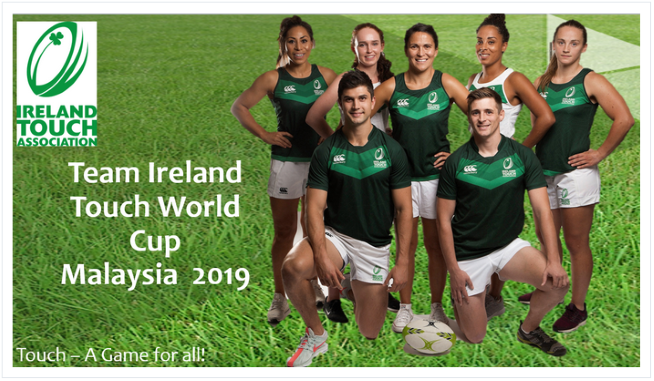 Published: about 1 year ago

The Touch Rugby World Cup is happening 29th of April to 4th of May in KL. Team Ireland are sending 5 teams to compete and need some help and your support.

Find the details below.

Touch is an amateur sport and self-funded. Five Irish Teams with 95 personnel will travel to Kuala Lumpur, each team of 16 players plus supporting resources of Team Manager, Coach, Nutritionist etc.

ITA are seeking Corporate and Irish diaspora support to fund costs in Asia totaling $81,000. The funding covers accommodation ($62,000), transport ($9000), Physiotherapists/Equipment/Support functions ($10,000) and any additional funding would reduce cost of airfares ($51,000). ITA are being supported by the Malaysian Irish Chamber of Commerce and the Irish Embassy in Malaysia and look forward to your support at the tournament.

Team Ireland are delighted to announce that Epsom College Malaysia will host the Irish Squads for pre-tournament training and sessions with the College students. http://www.epsomcollege.edu.my/