Members we have lost

In the 20 years this club has been around we have had some wonderful days but alas we have also had some deeply saddening days. Over the course of time we have lost 3 wonderful members of out tight knit club, Bill Niko, Alan Power and Lisa Orsi.

These people left an imprint on the club that will never be forgotten and no matter how much time passes, they will always be remembered as an integral part of the SGL Club and their loss will forever leave a void in Singapore. Through loss comes huge strength and this club has gotten stronger, bigger and better every time we have had a grievance to bear. We believe in unity and we pride ourselves on being a community and each time we have had a loss we have seen this has come through in abundance and showed the world how fantastic a club we really are.

Once a Lion, Always A Lion. “Lisa Orsi was an unforgettable force of nature. She burst in to our lives in early 2014 with passion, vivacity and divilment. She was a gigantic messer. Where Lisa went, the party and fun were sure to follow. In Darwin alone, she smuggled herself on to the tour bus, hiding from an irate driver under rows of seats; went boat-racing with the best of her team-mates, beating all-comers; and spent Sunday night with her hair in a tea-towel. Classic Lisa.

Not enough to be a physiotherapist, Lisa wanted to retrain as a doctor, to help the children and people she met on her travels.

Lisa was an amazing player and club-mate, winning the Ladies Senior AGG that year, with the cup now named in her memory. More than that, she always had an eye out for players who needed encouragement or support. Her innate qualities of kindness and compassion always shone through. These qualities were not just on the football pitch. When she passed away, the club heard story upon story of her loving nature. The outpouring of affection and support from all corners of Singapore was testament to her generous spirit and kind heart.

Her passing left an indelible, flame-coloured, mark. Lisa, you are dearly missed.” 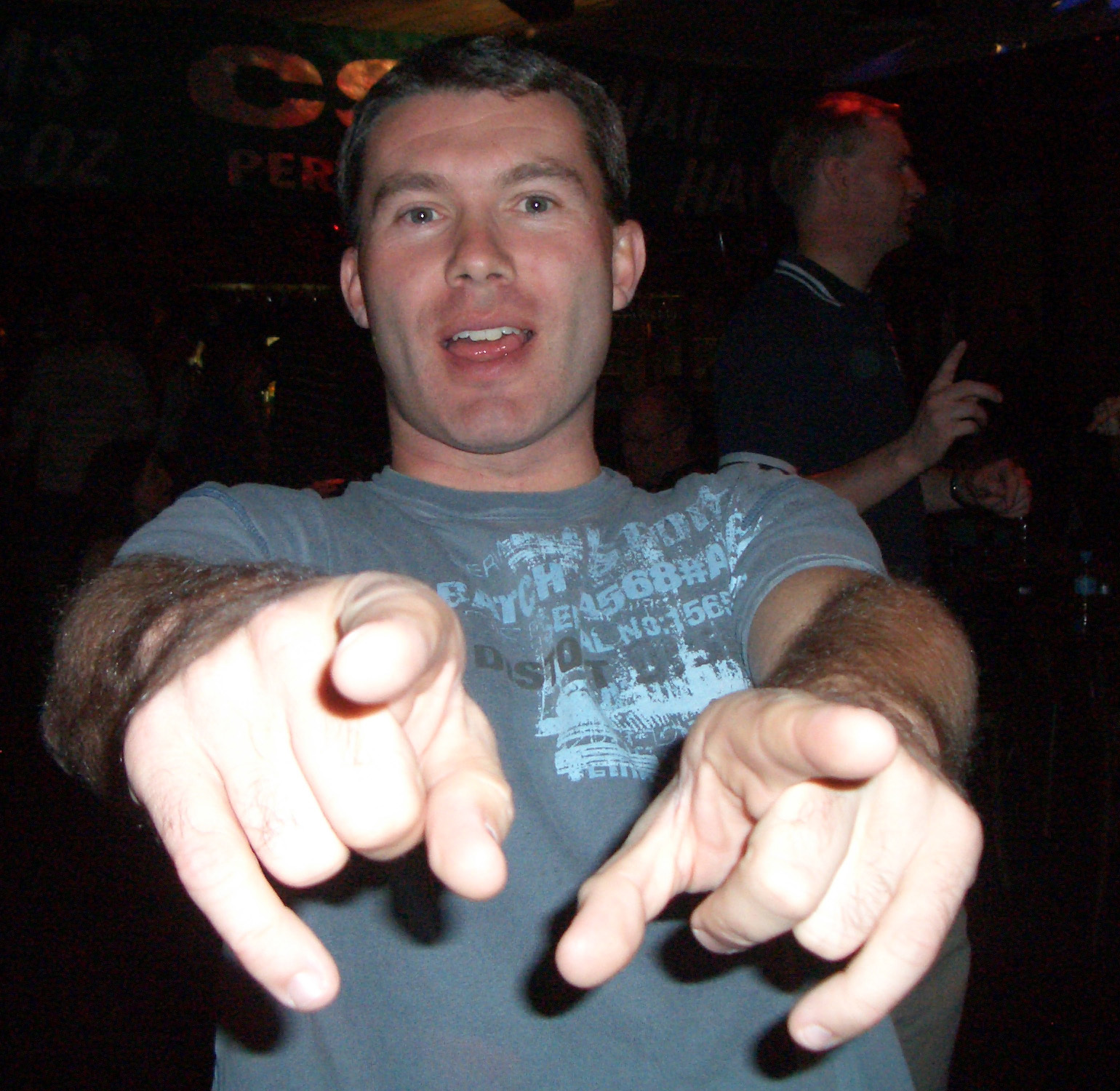 Alan Power, a legend of the Singapore Gaelic Lions, passed away while playing at a mixedteams GAA event in Singapore on 20 July 2008.

A chemical engineer with Pfizer,

Alan came from Rochestown in

Cork and played with Passage West before arriving in Singapore in 2001. A full forward on the A team for his many years in Singapore, Alan won the Player of the Tournament at the Asian Gaelic Games in 2007, which was hosted in Singapore.

Alan was a proper sporting allrounder. He played with three soccer clubs during his time here, was a member of the running society The Hash House Harriers, and before his passing was the co-founder of the Gaelic Lions FC – which has since become one of the largest expat soccer clubs in Singapore, with four teams.

He was a legend off the pitch too. Never shy of an opinion or two (especially Cork or Liverpool FC related), he was a stalwart at club social, sporting and charity events, and made many friends during his seven years in Singapore.

Every year the club host the Alan Power Games in his honour, with a soccer tournament featuring the teams he played on starting off the day, followed by the Singapore Cubs showing their skills, and then a mixed-teams adults GAA event where the emphasis is very much on a good run out but also having a laugh and a cold beer on the pitch afterwards with new team-mates — Alan would definitely have approved. Truly one of life’s good guys, Alan remains sadly missed by the Lions and beyond.

The last time Bill Nikolopoulos picked up a hurley was when the Hurling All-Stars first visited Singapore in 2006. That day

Bill coached and prepared the Singapore Wombats side to take on the Gaelic Lions and restart a long dormant International Rules Series. It would be the 1st of 4 games that year but sadly it would be Bills last, a BOG performance in a tight drawn game. An enduring memory of that day is Bill and couple of his Antipodean friends grabbing hurleys and a sliotar and heading over to the middle of the polo fields in the twilight long after the Irish had retired to their Guinness. Gaelic Lions hurling coach Sean Duggan was seen licking his lips and the prospect off adding the new recruits. It’s been 11 years since his passing and many have come and gone but Bill’s competitive and friendly spirit is alive and well throughout the club in 2017. I think there something for all of us in his creed of Burgers, Beers, Bikes & Mateship....BANG!